Wolfgang Puck is a man renowned for more than his eccentric name as one of the pioneers of ‘fusion’ cuisine in the early 1980’s. However, upon closer inspection of the recent explosion of South American food in the UK, it may be not be so nonsensical to contend Mr Puck’s crown. In particular, the rise of the Peruvian food trend demonstrates that the cross pollination of culinary cultures is nothing new to our Latin American counterparts.  Culminating in Virgillio Martinez’s Lima gaining its first Michelin star late last year, the UK’s growing appetite for the fresh, bold and wholesome flavours of Peru could in part be due to its distinctive mesh of Spanish, Japanese, Incan, Italian and African influences. With Ceviche set to hit supermarket shelves and Waitrose predicting it to be the new sushi, as well as the culinary Institute of America proclaiming 2014 the year of Peruvian food; it appears that far away from some of the Frankenstein like dishes created in the name of fusion, Peruvian is a delightful synthesis of cuisines that has been perfected over centuries. 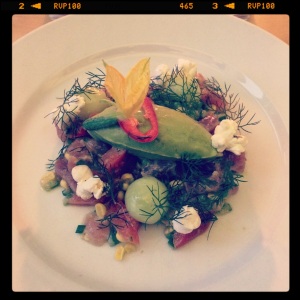 Having been lucky enough to recently travel to Central and South America, I tasted first hand the authentic delights of Pan-Latin food.  A cuisine that seemed to parallel the complexity and diversity of the striking landscape.  The plentiful Nikkei sushi offerings of Peru’s coast demonstrated a long held mastery of what is a growing UK food trend (Aside from a dubious Alpaca California roll), and I soon came to understand the buzz around this tasty cuisine combination. For me, the whole continent represented a melting pot of its diverse heritage. From hearty and warming Brazilian Fejiodia, to artery clogging, yet oh so delicious Argentinian churros pumped full of dulce de leche, the food told a story about its rich cultural roots. From Spanish conquest to African slave communities, each regional cuisine tipped its hat to its past, whilst making use of the exotic, bountiful and varied local produce. 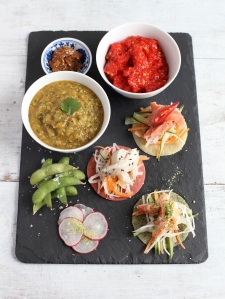 Pan-latin food represents an elegant weaving of the continents rich history, however, during my travels I came across a look to the future of fusion cookery in Latin America. I have to admit, Bolivia for me was not the most inspiring for food choices, however, we came across a culinary diamond in the rough on our way through. Claus Meyer, the celebrated co-founder of Noma, has opened his second restaurant, Gustu in La Paz, as he attempts, in his own words, to ‘combat poverty with deliciousness’.  As the poorest country in Latin America  and a country that I can testify has a very underdeveloped cuisine, his ambitious project has raised more than a few eyebrows. Using Bolivia’s under-celebrated, yet vastly diverse produce and combining it with the Nordic simplicity that made Noma famous,  Meyers innovative new project has led Food and Wine to ask, ‘Is Gustu the best restaurant in the world?’. For me this was a first taste of fine fusion food, and I was blown away. Besides never having heard of half of the regional produce (Yuca and Pacay stick in the mind), the meal was stunning, with delicate trout from Lake Titicaca, sitting alongside succulent aji pepper lamb. With the front of house staff chosen from the lowest income families in the area, it appears that fusion cookery is still developing in the region and having a far more profound impact as a force for good. 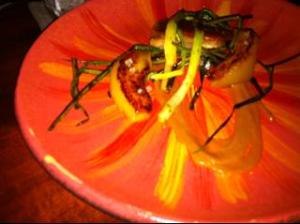 So what’s the curry-wurst that could happen? Taco pizza, I hear you cry? Maybe fusion cookery has produced a few food abominations in its time, but especially in a period when the news is dominated by horrendous acts in the name of cultural difference, Gustu proves it can do more good than harm. Furthermore, in a food scene awash with dishes often badly reproduced time and time again, maybe it is worth taking note from our Latin American foodie friends and seeing fusion as a thing of the future.